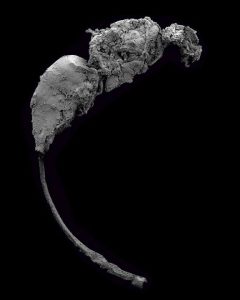 INHS Paleontologist Sam Heads found an ancient fig wasp that pre-dates any known fig trees. According to Heads, “This is a tiny parasitic wasp, it’s the smallest fossil wasp found in this particular deposit and it’s the oldest representative of its family. More importantly, it’s possible that this wasp was fig-associated, which is interesting because it’s Early Cretaceous, about 115 to 120 million years old. That’s a good 65 million years or so prior to the first occurrence of figs in the fossil record.”